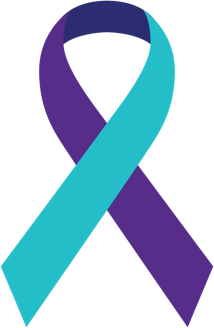 People of all ages and backgrounds attempt or successfully complete suicide. In the United States, over 48,000 people died by suicide in 2018 and there were a reported 1.4 million attempts of suicide.

So why does suicide happen so often? The answer is not simple and unfortunately there are various of reasons as to why someone would consider or attempt to end their own life. It could be a personal loss or failure, the death of a loved one, social isolation, serious illness, drug/alcohol abuse, past trauma, a mental health condition or a combination of these things may lead to a person feeling suicidal. Some people are more at risk than others. In a lot of situations, the person does not necessarily want to die, they just want their suffering to end, and suicide seems like the most viable option. Harmful stigmatization of those that have considered, attempted, or completed suicide is a major barrier that causes individuals to refrain from seeking help.

That is where the Crisis Clinic comes in.

Our Suicide Awareness and Prevention Presentation is key for anyone who may work with potentially suicidal people but is beneficial to people of all backgrounds, ages, and occupations. Throughout the presentation you will learn about various factors that may increase a persons’ risk for suicide, be able to separate fact from fiction, recognize the signs of someone who is considering ending their own life and how to support others in an appropriate and helpful way. The presentation concludes with ways to practice self-care.

Together, we can prevent suicide. Are you in?

Contact us today at info@crisis–clinic.org to schedule a Suicide Awareness and Prevention Presentation in your school, organization, workplace, or establishment.